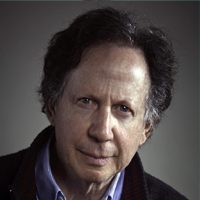 A journalist and magazine editor, Michael Carin is the author of several novels including Five Hundred Keys and Churchill At Munich. His non-fiction response to the Holocaust, The Future Jew, won him wide recognition as a provocative Jewish atheist. Most recently, Mr. Carin’s regard for the values enshrined in the American constitution obliged him to write Guilty Men, an indictment of those responsible for enabling the election of Donald Trump. His new book, The Kremlin Papers, traces Russian influence over the American president from the perspective of Trump’s Kremlin overseers.

Michael Carin can be reached at: mrwpress@gmail.com

Read an excerpt from Churchill At Munich
www.churchillatmunich.com